Acid Kat TV is the Youtube channel of Acid Kat, a local zine and music label. Every once in a while, the group throws together a montage of live footage, interviews and other miscellany clips. Recently, the group uploaded two videos: Episode 5 of their on-going web-series and a special festival episode with tons of footage from the Electric Kool-Aid Acid Kat Fest back in July.


September was already packed with gigs, but a few more things just came together in the past week. Don't miss out - definitely come out and support the touring bands. There are a few fests in nearby cities in the next week (namely Already Dead Fest and Cropped Out 2014), so killer bands are coming through St. Louis on their way to and from. 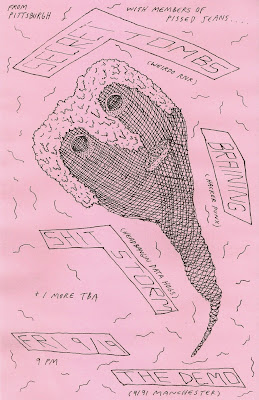