Toupee (IL)
Lil TIts (IL)
CANCELLED
In light of the ongoing events in Ferguson, both touring bands have decided to cancel. Toupee and Lil Tits are worth checking out though, this show would have been great - click the links above.


Iron Lung (CA/WA)
Una Bèstia Incontrolable (SPAIN)
The Impalers (TX)
Renegade Assault Tank
Lumpy & The Dumpers
@ Melt / 2712 Cherokee Street
9 pm / $10 / all ages
Iron Lung is hard as nails hardcore with a strong sense of urgency - calling the band "heavy" is still sort of understating the obvious. Una Bèstia Incontrolable is from SPAIN, which should be reason enough to check them out. They're a super-noisy, mostly mid-tempo troupe that trades cheesy guitar riffs in for the scratchy grinding of six-strings. The music here weighs a ton but isn't overtly hardcore. The Impalers and Renegade Assault Tank are also on tour - so the $10 entry fee is well worth it.


UNDERCURRENT 8 featuring
Hylidae
Frances With Wolves
Con Trails
Brett Underwood (spoken word)
Matthew Questionmark (spoken word)
Gluey Guni Basement Show (special theatrical showing)
@ Schlafly Tap Room / 2100 Locust Street
9 pm / free / all ages
Undercurrent is a monthly show series with a mix of punk and experimental bands, spoken word and live video projections. The audio from each show is captured live and split onto a mixtape which is then released for free the following month. This local documentation project has been going on since the beginning of this year and is set to continue until January 2015. Arrive on time to receive a free cassette of last month's Undercurrent, featuring: Black James, Little Big Bangs, Laika and Jaded Evil Lambs. 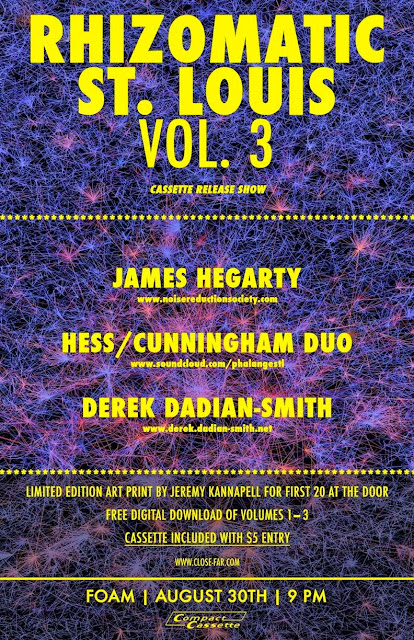 Also, stay tuned for details on Bands Up, Don't Shoot: A Ferguson/STL Solidarity show happening at The Ready Room this Sunday. We will update with details as they come, but if you can't wait, the Facebook event is HERE.


Glitter (CANADA)
Willis
Pink Sock
@ Bonerville / Ask around
9 pm / $5 / all ages
Glitter is slimy punk by way of Canada. Catchy riffs come swamped in murky guitar, guttural vocals and trash-can drums. Willis plays in a way that makes you question why you like what you like, and Pink Sock does nihilistic hardcore to remind you that it doesn't matter anyway.


What We Won't See
Wax Fruit
@ The Crack Fox / 1114 Olive Street
8 pm / $8 / 21+
What We Won't See's debut album Blood Covered Winter is a dark, demeaning riptide of industrial punk. The recordings are fairly clean compared to the band's shrill and powerful live sound. Wax Fruit is a tight summation of the past 30 years in synth pop - but dark and almost gothic sounding.


Multicult (MA)
Animal Teeth
Dad Jr.
@ Melt / 2712 Cherokee Street
9 pm / $5 / all ages
At first glance, Multicult might seem to fall into that category of '90s revival bands. This trio is from Baltimore and often plays with better-known grunge contemporaries Dope Body and Roomrunner. But Multicult isn't afraid to get weird and really differs from its brethren by injecting odd, angular riffs. Come on time for the killer opening line-up of local outsider punks. 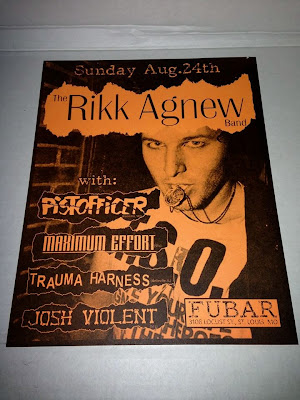 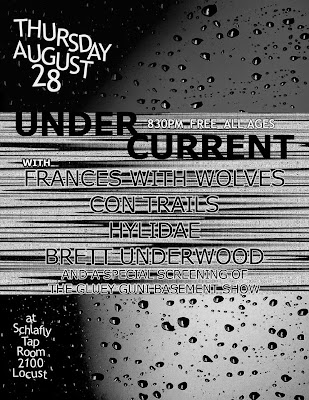 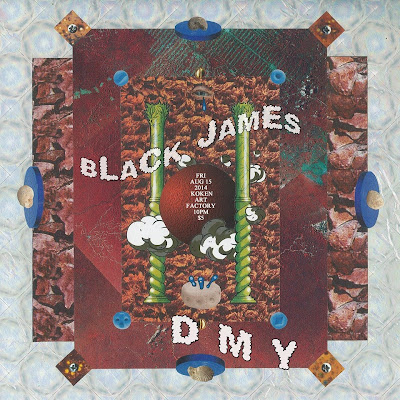 
Ivy (NY)
Symptom (MA)
Skemata (NC)
Pink Sock
Ruz
Animal Teeth
@ Bonerville / Ask around
9 pm / $5 / all ages
Ivy drives mid-tempo hardcore with a scratchy, staticy guitar tone. Backed up by seasick drums, the songs feel like they could fall apart at any moment, but the band keeps its footing and trudges through. Most of the bands on this bill come from a place of shared inspiration, so if you dig one band on this line-up - you're in for a full night of what you already love.

Check back tomorrow for details on shows this weekend.

The Last Seed by The Western Forever

This popped up on Bandcamp earlier this Summer and I haven't had a chance to share it yet. The Western Forever is a brand new local duo of guitar and drums that brings repetitive melodies that gradually build atop a scattershot style of percussion. Their debut seems like a solid recording of what the band does live and is definitely worth checking. Although there's an underlying ambient style going on, this music gets chaotic, intricate and heavy. For fans of free-jazz, improv or generally free-form guitar music.